I love Indian food. And I love making curry. Though the sometimes long-ish list of spices can frighten some people away, it’s really not hard to make–and in my experience, it’s hard to mess up.

When I graduated from college, I spent a wonderful year living with 4 fantastic roommates in a quite janky 5-bedroom white house in Bloomington, Indiana, on a street that lacked both streetlights and a sidewalk. But given that I was only spending $220/month on rent, I wan’t complaining–especially since Laurel took care of the ‘situation’ when mouse droppings mysteriously appeared in our kitchen drawers. The house was dubbed the ‘ihug’ –International House of Unbelievable Girls–thus called because we hailed from Spain, Guatemala, and Hawaii. We had weekly roommate meetings in which we discussed household business, prayed for each other, and divvied up kitchen duty so that the 5 of us each cooked a meal for everyone to share one night per week (Monday – Thursday + Sunday).

It was a perfect arrangement, since on most nights you could come home to a hot meal after a long day at school or work. Plus, the same person who cooked was responsible for clean-up, so there were no frustrations with “this person is a messy cook” or “that person always burns stuff to the bottom of the pot.” One night a week and you were done with kitchen duty, baby. It was a lovely, harmonious year. I’d do it all over again–except that would mean I wouldn’t be married. Which is not so cool, considering I’ve become quite addicted to the arrangement.

The point is, that year at the ihug was the first time I had really cooked on such a regular basis and on such a large scale. Large being . . . well, 5 people. So ‘kind of large’ scale, I guess. Or even ‘regular scale’ depending on your perspective. But I digress!

One of my first culinary love-affairs during this time was with Indian food. I found a couple Indian cookbooks on the bargain table at Border’s, stocked up on all sorts of ingredients that seemed quite exotic to me, from fenugreek to asaphoetida to ghee to cardamom pods–and I cooked! My first dish–potatoes and green beans simmered in a spicy sauce–was so spicy I could hardly eat it. But as I learned from my mistakes and forged ahead, my experiments became more and more successful. And I started truly loving Indian food.

It’s surprising to me that I’ve barely made any Indian food in the past year, since starting this blog, with the exception of the amazing (and cheap) Dhal Makhani. I have a lot of ground to cover if I plan on sharing all of the incredible recipes I’ve found and made over the years. So I’m gearing up for a new and more Indian-food-heavy season in my kitchen with this Tikka Masala, based on Pastor Ryan’s version, which I found on the P-Dub’s website a couple years ago and didn’t hesitate for one second to make. Why? Well besides being BFF’s with the P-Dub (in my mind at least–don’t shatter the illusion), this curry is creamy. It’s rich. The chicken is tender. It’s not over-the-top spicy. I want to eat it on a very regular basis in my life. Make it! Don’t fritter away any more curry-less days like I have.

Season the chicken breasts generously with kosher salt, cumin and coriander on both sides. 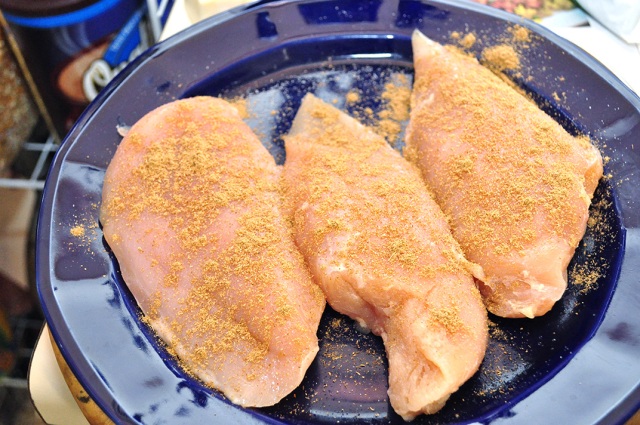 Coat them completely in yoghurt (I used Greek, but regular works just fine). . . 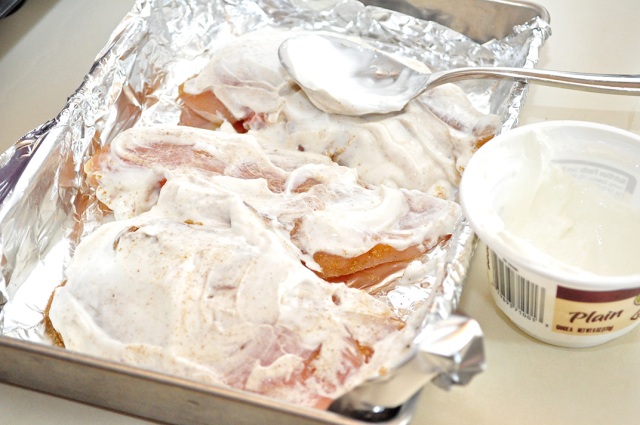 . . . and place them on a metal cooling rack over an aluminum-lined baking sheet. The metal cooling rack is an important bit, because it keeps the chicken elevated and allows the hot oven air to circulate all around the meat . . . at least that’s how I explain it to myself. See you local scientist for a more accurate explanation.

Broil the chicken for 5-7 minutes on each side, until slightly blackened in spots. Remove it from the oven and set it aside. Pretend I took more pictures.

Melt the butter in a large pot or Dutch oven over medium-high heat, and add the diced onion.

Cook for 5-6 minutes, until softened and starting to brown.

While the onion is cooking, mince the garlic and ginger . . .

Add them to the softened onions along with the tablespoon of salt. That’s right–it’s a whole whoppin’ tablespoon–but don’t worry. It’s the perfect amount.

Cook the shebang for another minute or two, until the garlic and ginger are fragrant. 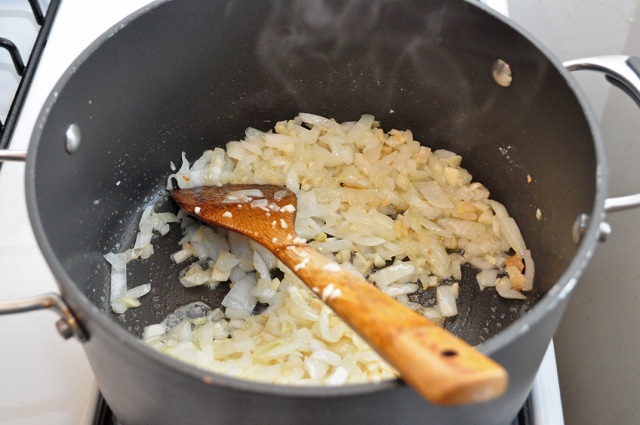 Add the garam masala and cook for about one minute.

Plant yourself by the stove and stir it constantly so that the spice doesn’t burn.

Yes, it looks a little dark and funky at this point, but the smells . . . oh my heavens, the smells. At this point my husband came at a swift trot into the kitchen:”What’s smelling so good??” he asked, peering over my shoulder.

I love it when my husband comes into the kitchen at a swift trot.

You will get similar results.

Except not with my husband–more likely with your own posse instead.

I can’t send my spouse out to trot all over creation and smell everyone’s tikka masala sauce without having him sign off on the idea first.

Scrape the bottom of the pot to deglaze, add the sugar . . . 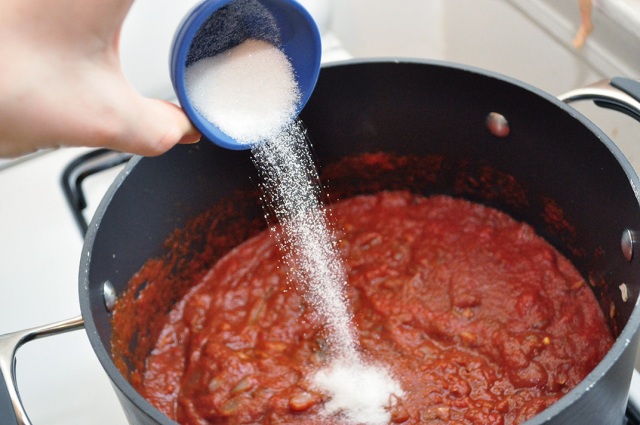 . . . and simmer the sauce over medium heat for about 10 minutes. You can cover the pot partially to avoid splattering if you’d like. I’d like.

Add the heavy cream to the tomato sauce. 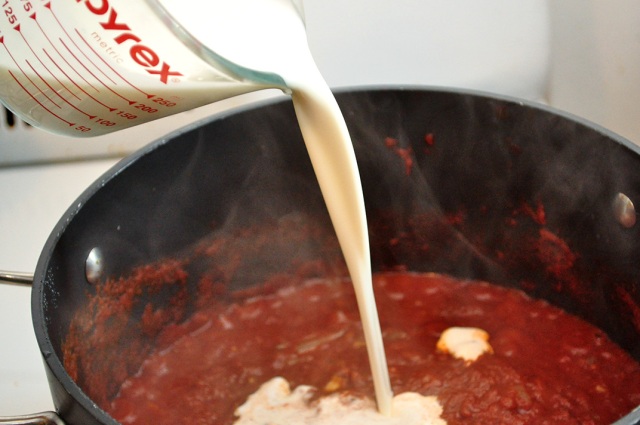 Go ahead and pour some straight down your gullet as well–you know you want to. I can see it in your eyes.

Mmmm, things are starting to look real good. They always do when heavy cream makes its grand entrance.

Dump in the chicken, too.

Stir everything around, and cook over medium-low heat for another 5 minutes.

Taste the sauce and re-season if needed.

Unless you’re one of those weirdos who thinks it tastes like soap. And don’t worry–I’ll find it in my heart to love you despite your freakish dislikes.

It’s so tasty, guys. Even if I did cut that piece of chicken into a frighteningly perfect cube. Is that wigging out anyone else here?

And whether or not you’re put off by the geometrically distinct chicken chunks, the yellow basmati rice makes such a pretty bed for them. You won’t regret putting this on the menu!