I’ve only written about it twice, and I’m already tired of saying ‘at Aunt Jacquie’s 60th birthday party the other week,’ so I’ve decided to shorten references to this event to AJ6BP. For efficiency’s sake . . . and also because it makes me feel like a commander pilot in some sci-fi series. *intercom buzzing noise* Incoming! Installment 3 of AJ6BP, confirm status report asap. Do you copy? I repeat, do you copy?

Yes, we’ve been watching a lot of Battlestar Galactica these days–the new series. We’re knee-deep in season 3, and I just hope cylon Sharon makes it out okay. She’s more than a machine, people! She’s a real person, with a conscience and the ability to love!

But anyway, you probably didn’t come here to get your sci-fi fix for the day. So instead of hashing out my fears about what will happen when Sharon figures out that Admiral Adama and the president conspired to fake her child’s death and secretely give the baby to an adoptive mother (who was shot during the exodus from New Caprica, resulting in the baby’s capture by a fleet of cylons), I’ll try to turn my focus to these pictures of children blowing bubbles. First up, Thomas, Mike and June’s oldest. Since he’s the son of my cousin, I believe that makes him my second cousin. 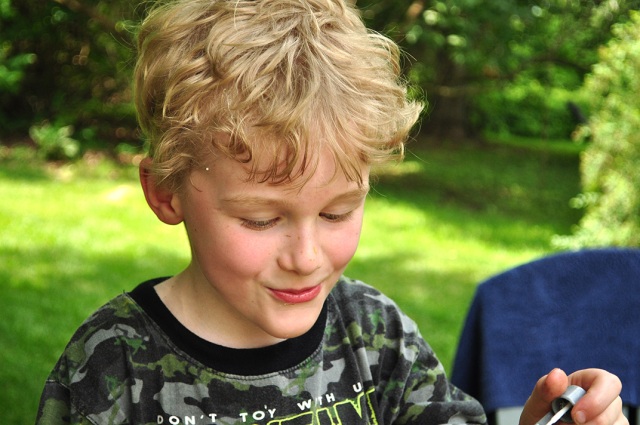 What do you think of the cylons, Thomas? 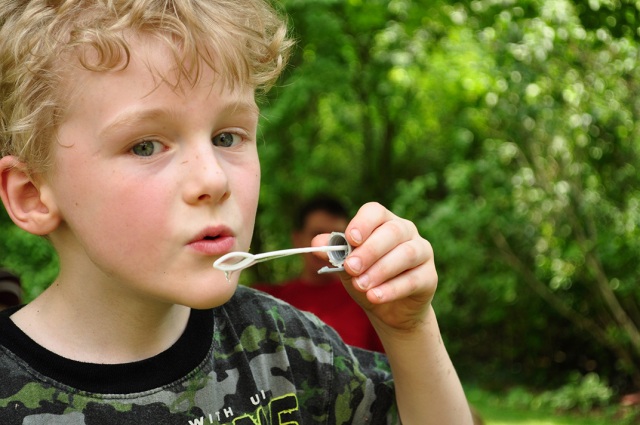 If the Colonial Fleet kills them off by infecting the Resurrection Ship with a disease, are they committing genocide? I mean, when does a machine become a person? 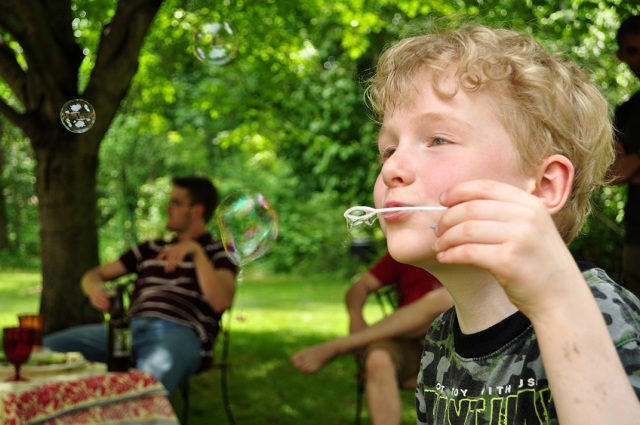 You don’t seem to be focusing on the question at hand, young man. 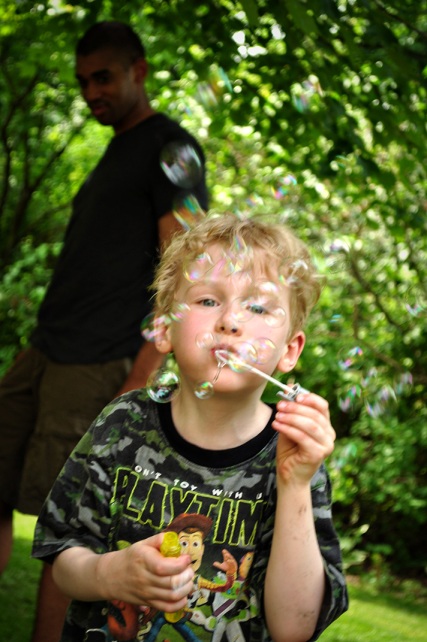 Then again, you’re probably way too young for that series anyway. It would be entirely inappropriate for you to watch until you’re about 30 years old. Too much violence . . . too much hanky panky . . . and too many confusing dilemmas about the line between man and machine. 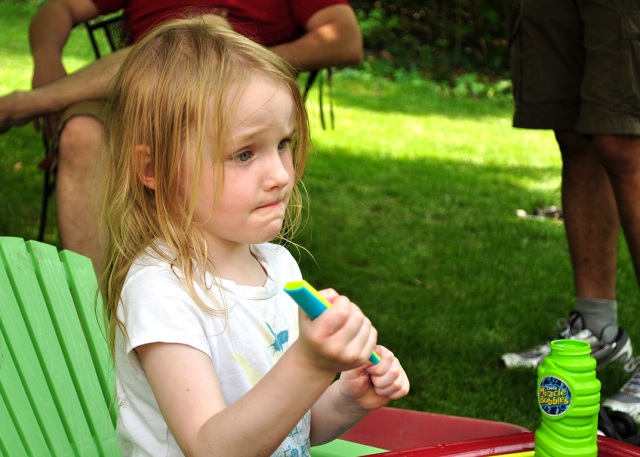 Let’s move to Thomas’s younger sister, Eleanor, known affectionaly as ‘Snugs.’ She seems to be having trouble with the bubble-blowing device. 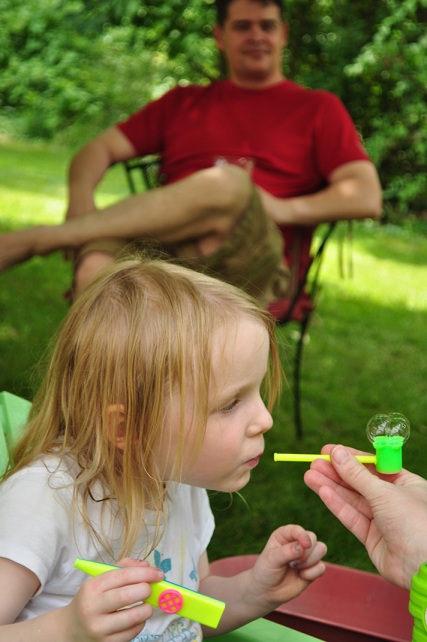 Looks like a compassionate adult had mercy and came over to faciliate the process.

And all is well in the world of Snugs!

This little thang is my cousin Eleanor’s friend’s daughter.

Looks like she’s a little young to overcome the mechanical difficulties of this particular brand of ‘play.’

Bubbles on your face, a big disgrace, kickin’ that toy all over the place.

And finally, some shots of a bubble that got caught in some shrubbery.

Personally, I think the image packs more of a punch in black and white. 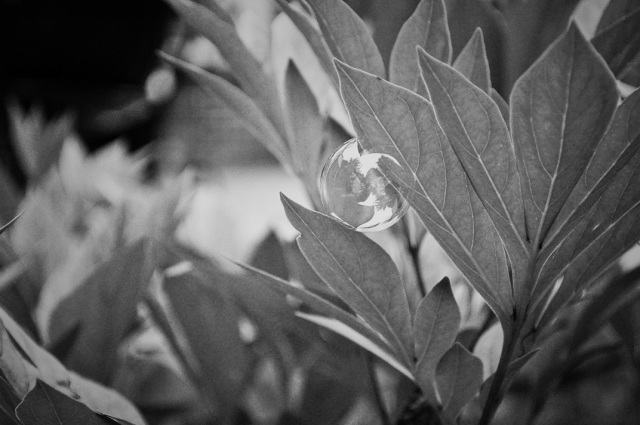 Well folks, I’m signing off. See you all tomorrow for more fun and absolutely zero musings about cylons. In case that kind of put you off.