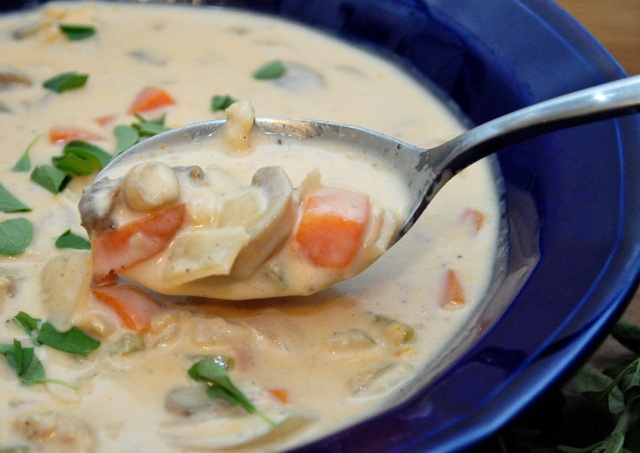 This was the very first Tasty Kitchen recipe I tried, the one that got me hooked and eventually signed up as a member and recipe contributor.

I’ve made it probably four or five times, which really says something about it since I don’t tend to repeat recipes unless I’m wildly in love with them. I christened it “Perfect Mushroom Soup” because it fulfills all my mushrooms needs with a creamy texture, plenty of veggies, and a flavor that is rich but not overwhelmingly so.

The liquid is a combination of tomato juice, chicken stock, white wine, and cream–and it’s a killer. The parmesan stirred in towards the end adds a note of perfection that is not to be equalled. Served with Veronica’s Buttery Beer Bread, you should put this on the menu asap. It’s in your best interest, believe me. My tweaks and variations to the original recipe are: an onion, more carrot, more celery, more wine, more garlic, and fresh oregano. More, more, more–that’s my motto.

Please also know that this recipe is very variation-friendly. For example, I made it on that crazy snow day the other week, but instead of mushrooms (I was plumb out of them) I used about fifty pounds of leftover turkey, chopped up. Then I ate it over rice, because I couldn’t help myself. I’m also dreaming of a version with tiny cubed potatoes and leeks. And roasted chicken! Mmmm. But for now, let’s focus on the standard version, which needs no alteration–here it is:

salt and pepper, to taste

Mince the onion, celery, and carrot finely. We don’t want any large chunks in this soup. Now heat the olive oil in a large pot over medium high heat. When hot, add the minced veggies.

Cook for about 5 minutes, until the onion is turning translucent. Sprinkle in some salt and generous amounts of black pepper.

Mince the garlic and add it to the pot along with the sliced mushrooms. 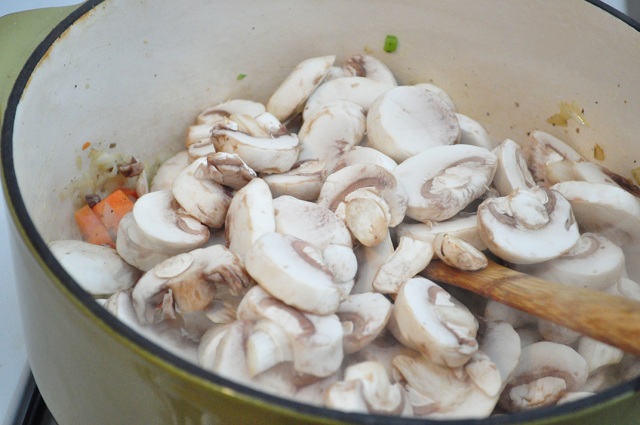 Cook for another 5 minutes, stirring occasionally.

Add the white wine, and let it cook for about 3 minutes. I don’t measure it–I just pour. I figure it would be pretty hard to add too much.

Add the broth and tomato juice, half a cup of each. 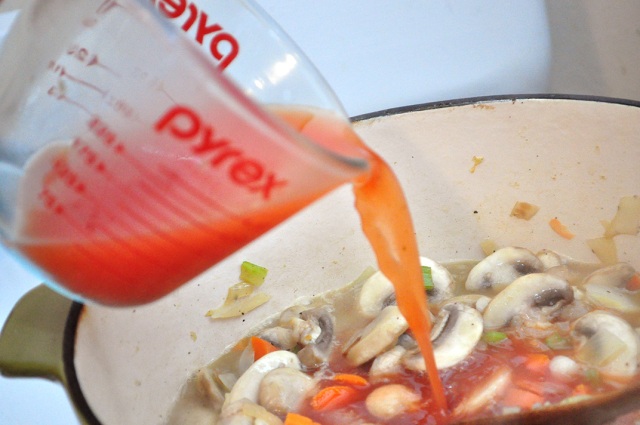 Bring it to a boil, then add the heavy cream and return it to a simmer.

Add the parmesan cheese, and stir it in.

Cook for another 5 minutes on medium or medium-low heat, stirring frequently so that the cheese doesn’t fall and stick to the bottom of the pot.

Add the water/cornstarch slurry–this will help thicken it up a little. Simmer for another 10 minutes, taste, and add salt and pepper as needed.

Serve with bread and with a sprinkling of oregano on top. The fresh oregano is not to be underestimated! 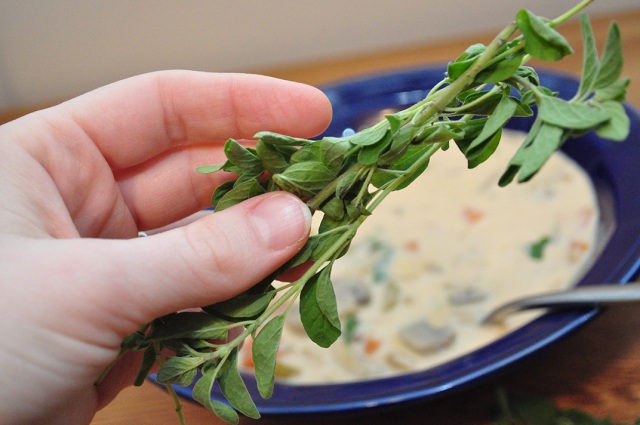 It really adds to the creamy soup, bringing a hint of garden freshness.

Just pretend I said ‘a hint of garden freshness’ in a Pop-Eye type growl, while contorting my face like a pirate. It will take all the potentially pretentious notes out of that phrase. 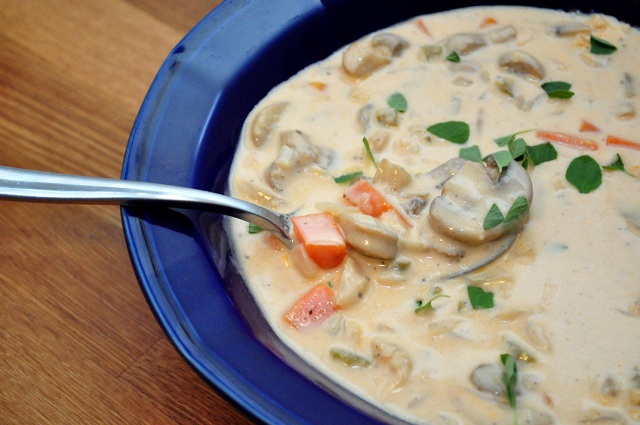 I actually did make a batch of Buttery Beer Bread to go with this, and it was heavenly. However, the photographs that included the bread turned out . . . hideous. Mutated. Malformed.

Have I mentioned that I really struggle with photographing soup?

But don’t believe the pictures–believe the words that I’m speaking to you about how great this soup is.