One of the quintessential elements to that Christmas feeling in my house is Christmas Brew. This is probably the smell that can make me feel like Christmas the fastest. Combine it with some carols sung by St John’s choir, and I am in holiday heaven.

When Mom and Dad popped in for a visit a few weeks ago, Mom brewed up a batch.

Basically, you toss some orange peels, whole cloves, cinnamon sticks, and bay leaves in a small to medium sized pot. Optional extras could include lemon peels, thyme, a little nutmeg, and the dregs of some mulled wine. 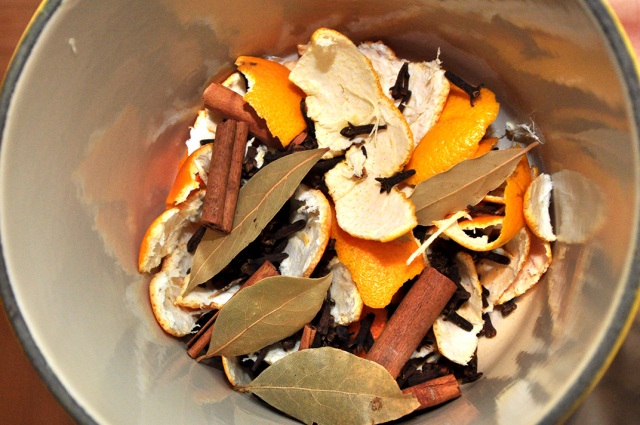 You could even add some anise stars if you feel like walking on the wild side this season.

Fill the pot with water, and let it simmer on the stove all day. The water evaporates every couple hours, so make sure to refill it with water every so often.

No, it’s not edible. But it produces an incredible smell that just spreads like magic throughout your whole house. In fact, our apartment hallway has had a funky smell since we first moved in over a year ago. I’ve tried to get rid of it with scented oils, passionate cleaning, and candles. All methods have failed–until the Christmas brew. And as a testament to its power, even though it’s been at least a week since the brew was last used, the hallway still smells like something akin to ‘good.’

Just remember to turn the stove off at night before you go to bed (yes, I almost forgot once . . . or twice). You don’t want the forgotten Christmas brew to become The Year I Blew Up The House for the Holidays.

The next day, top the pot off with some more water, and simmer it again.

Word of warning: if you use a light-colored pot, it could slightly stain the inside. So you may want to use a dark pot that you don’t care about–aesthetically speaking, that is.

Because I care about all my pots.

Keep tossing in new peels whenever you gobble down an orange or clementine. I like to think it keeps things fresh. The brew will stay good for at least a week. I think. Just keep it simmering and that’s bound to kill off any bacteria.

This was the smell invading the house as Mom and Dad felt Heidi’s baby move for the first time. 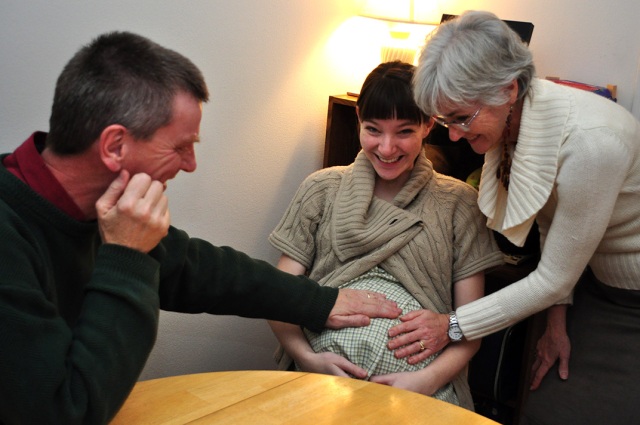 Dibs are out on what they will call themselves now that they are going to be grandparents. I’m voting for ‘Mama Twinks’ and ‘Papa Rick’ (aka ‘Poppowick’).

Then again, I hear that grandparents’ names evolve organically from the confused and inarticulate lips of the grandchildren themselves. 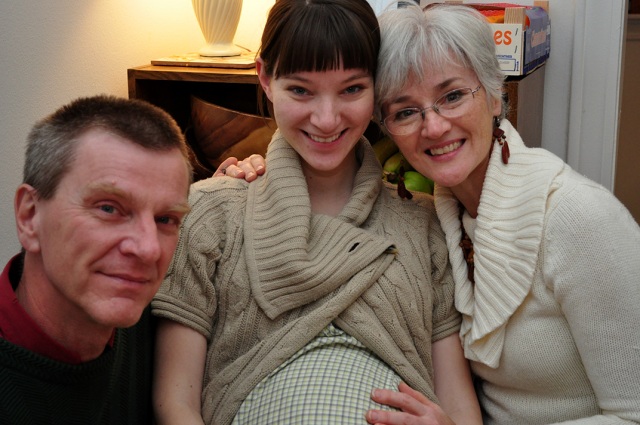 That may be best after all.

I love Christmas brew. I think you will too. Give it a try!