After my disappointing photo shoot with Charlie on Saturday morning, he decided to come back . . . two more times.

He ambled into the Lodge halfway through our baking extravaganza, and a friend of Ree’s family tried to help me get a good shot. For the life of me I can’t remember her name . . . can anyone else?? She was such a lovely person and I totally want to check out her blog, but all I can remember is that it may have the word ‘ranch’ or ‘horse’ in it. Maybe. I can’t be sure of anything anymore.

Get your stinky hands off me, you weird lookin’ human.

“Look at the camera, Charlie!” I encouraged him a bright, cheerful voice. 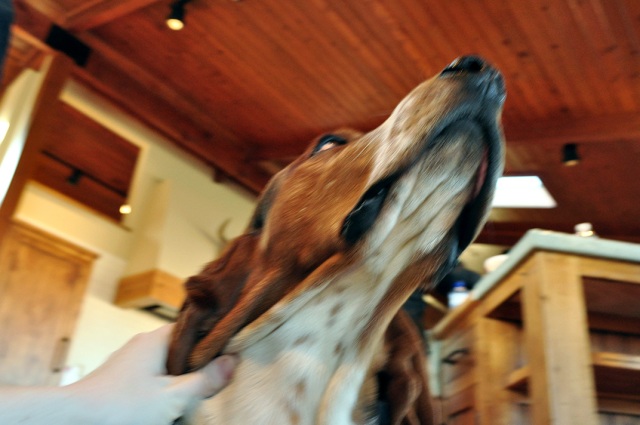 “No Charlie, look at the camera! Up here little buddy! C’mon!” I persisted.

“Charlie! I’m a human and you’re a dog! You’re supposed to obey me!”

I’m sorry, did you just say something? 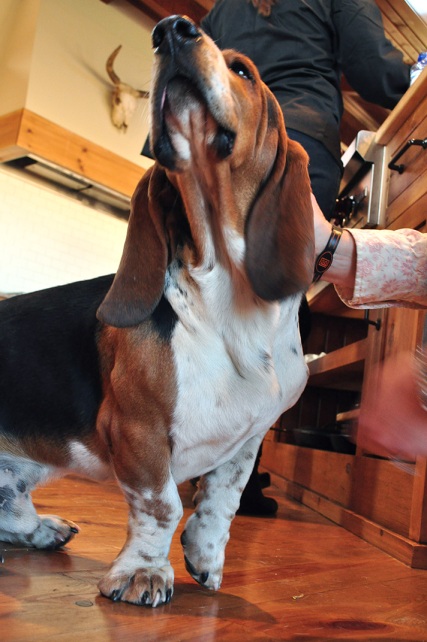 So I gave up on the head shot and photographed his short and stubby legs instead.

I don’t see how he even gets around on those things.

After a while, Ree mopped the floor with him, and then he was outta there.

However, he returned Sunday morning before we headed out. Why aren’t you guys gone yet? he grumbled woefully. I’m tired of playing this gracious host role. The laundry alone will take me days! Ooh, is that a cat butt? 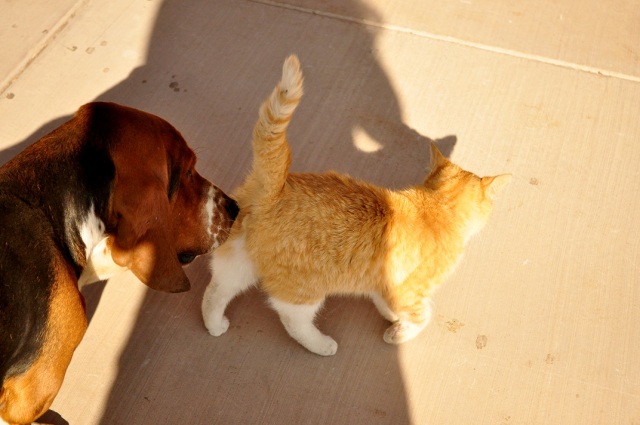 What kind of cologne do you use?

A couple dogs looked on with indifference.

I think the golden dog’s name is George.

All of a sudden, without warning, Charlie decided to stop playing Mr. nice guy.

I’m the king around here, he growled, and you guys just need to clear out once and for all. 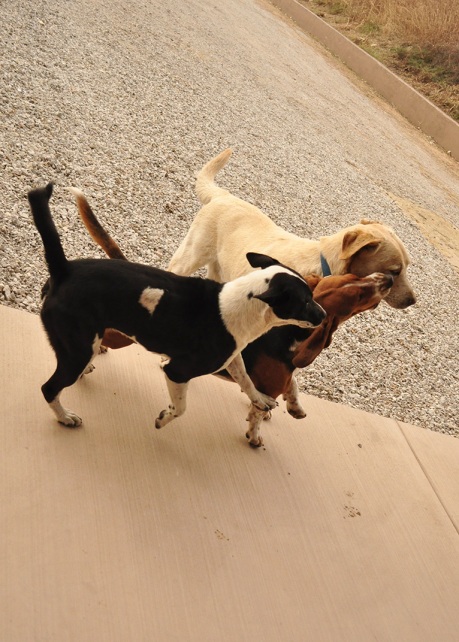 And by ‘animals,’ I mostly mean George. George was completely unphased. 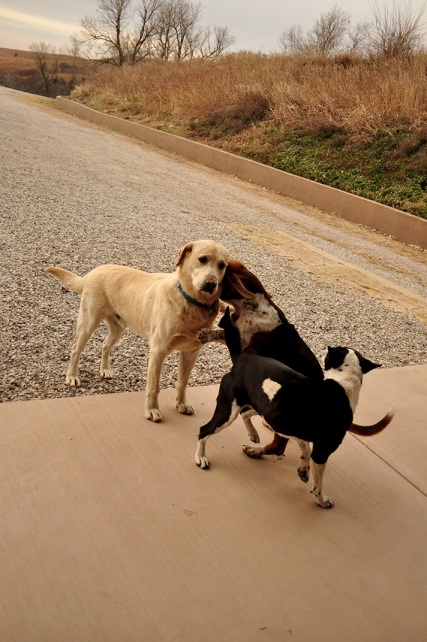 “George!” I cried “C’mon, you gotta defend yourself! Don’t let Charlie chomp on you!”

I appreciate your concern, but I take this kind of abuse every day.

George was starting to get bored with the whole thing, and eventually wandered off. 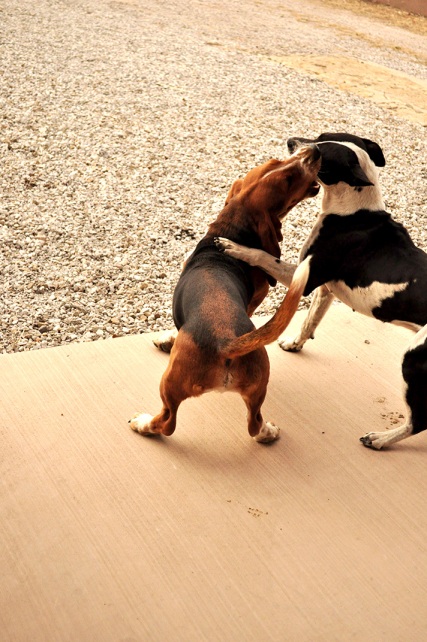 This dog wasn’t going down without a fight. 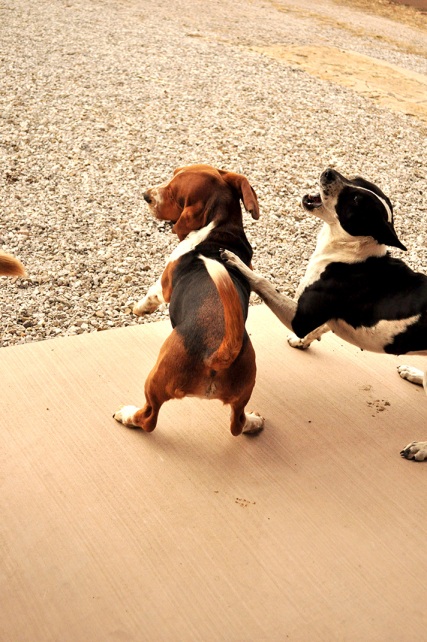 George ambled back to try and mediate. 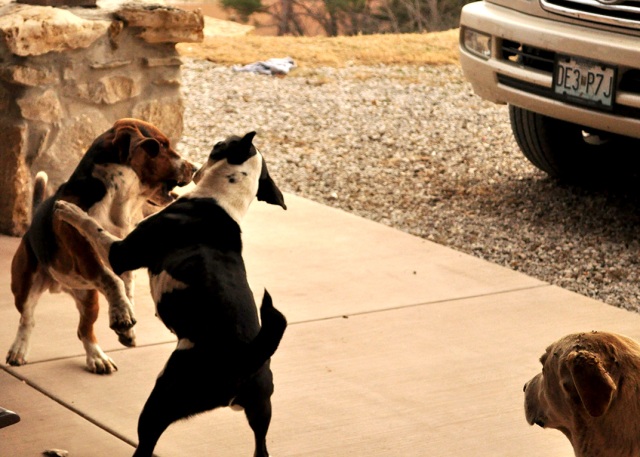 George and I looked on from a safe distance.

This final photo shoot made the brown and purple bruise on my left knee worth every bit of swelling.

Winthrop and Nelson, however, were unimpressed.

26 Responses to PW Weekend: Charlie lets his hair down