Out of the Wild: The Alaska Experiment 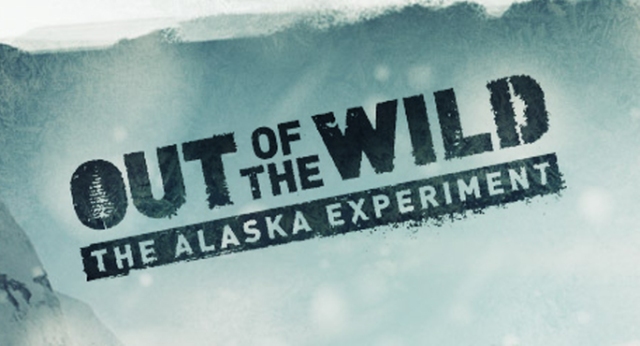 My sister Heidi and her husband Mike, along with The Bun, have just moved to Alaska. In the month prior to their move, my husband and I deliberately zeroed in on that wintrous territory during our movie-watching times. I mean, what’s the deal with that freakishly cold state, and why does anyone choose to live there? Do they have the internet? Will Mike have to hunt for their food daily? Will their baby be swathed in bearskins and reindeer hides?

Though I have yet to answer these questions, we did stumble across a really fun reality show from the Discovery Channel called “Out of the Wild.” 9 people are dropped in the middle of the Alaskan wilderness, and have to traverse over 60 miles of dangerously difficult terrain while providing food for themselves. There are shelters scattered along the route, which they must find via a map and a compass. They eat such things as porcupines and mice, which made me really grateful for the bowl of popcorn and Mango Smoothie I was snacking on at the time.

There are 8 episodes, and it’s available (as of the moment) on Netflix Instant Play, for those of you who have made the wise choice to include Netflix in your list of life necessities.

It’s pretty family friendly (too cold for nudity, I guess), and there’s not too much inter-personal drama, especially after the first episode when the person with the most drama potential drops out. The narrator is a little repetitive, and says something akin to this about a million, quadrillion times: “With temperatures dropping and a grueling hike ahead, the participants need about 4,000 calories per day to stay healthy, however their average intake is currently only 2 calories per day. With a treacherous march across rocky terrain ahead of them, this lack of food could bring them to their breaking point.” After a while, you feel like punching the narrator in the schnoz and telling him to put his 4,000 daily calories up . . . to put them . . . to put . . . ok, moving on.

My only complaint is that when the show ends, you never get to see the starving participants enjoy a good full meal. After watching them endure the agonies of scarce hunting, trapping, and fishing, it would have been obscenely satisfying to see them dig into a bear stew or something as the credits rolled up. As an alternative, I gave myself some emotional closure by imagining this wondrous event as I fell asleep. It worked out pretty well for me. 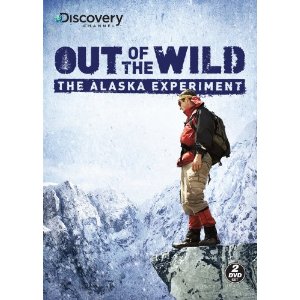 We also watched a PBS documentary involving the building of railroads in Alaska—difficult terrain, blasting hillsides, bla bla bla—it was fine, but “Out of the Wild” was much more fun. Do you all have any fun viewing recommendations? The popcorn is calling my name, and I need a movie pronto to go along with it.

This entry was posted in Books, Movies, & Music and tagged movies, reviews, TV. Bookmark the permalink.

6 Responses to Out of the Wild: The Alaska Experiment