10 tips for a successful photo shoot

I am here to instruct you in the way or prepping for a photo shoot. I have now done one official photo shoot, which makes me an expert.

Tom and Traci (our pastor and his wife) asked me if I would get some shots of their family and of their two adorable girls Bronagh (just turned 5) and Ashling (3?), who are at that perfect age when they are still pretty unselfconscious and their skin is like the petal of a rose. I was nervous since I had never done this before, but I was also terribly excited to be launched into this new sector of photography, even if I landed on my butt in the process. 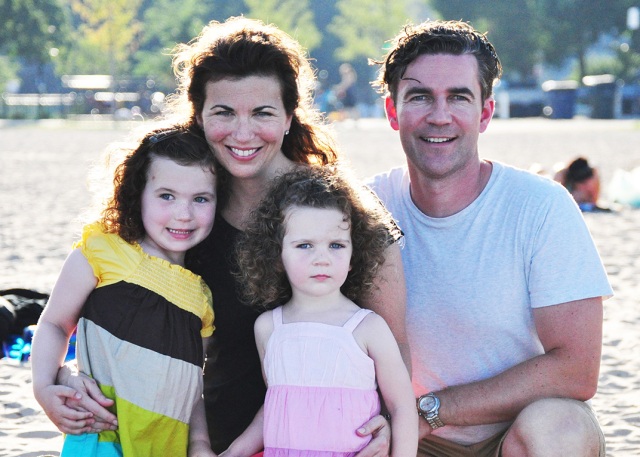 I would say it took about 6 shots to get 1 keeper. Or maybe 8. I’m afraid to do the math in case it’s worse than I thought. Despite the poor average, some of the keepers did turn out really well, especially once Photoshop lent me a helping hand. It’s also possible that the good results were freak beginner’s luck things, and my next photo shoot will be a hellish disaster. I’ll keep you informed. If it’s a hellish disaster, at least I can write a funny blog post about it–that’s my comfort in these times of great uncertainty.

Anyway, though not an expert, I have learned a number of things that I figured I’d slap into a list for my own benefit and share with you for the heck of it. It’s in no particular order . . . and I welcome corrections and advice from you all.

2. Test the light on location and try different camera settings in advance if you can. This was so important for me as a beginner! Initially, Traci wanted to do the photo shoot at 8:30am on the beach. Thankfully I went down to the beach at that time a couple weeks prior to do some test shots, and this is what happened: 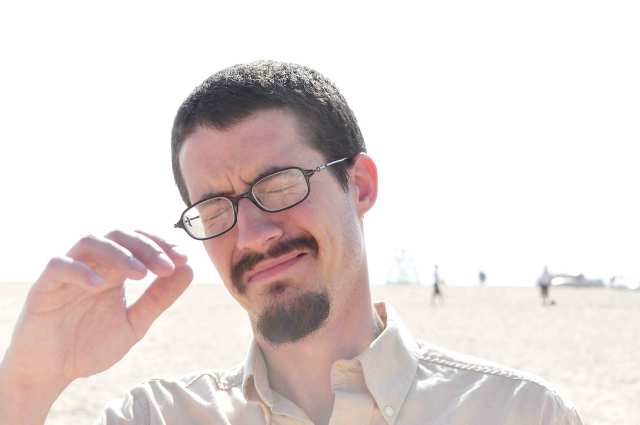 The light was reflecting off the lake, and my poor husband was squinting no matter what direction he faced. We decided on 5:30pm instead. I’d also like to point out that I used to think that all pictures had to be front-lit (photographer’s back to the sun). However, I have been discovering the joys of back-lit pictures as well (photographer facing the sun). When shooting back-lit, you can meter for the sky (sky will be correctly exposed and subject will be a silhouette) or meter for the subject (people will be correctly exposed and the sky will be blown out, i.e., bright white). That first picture of the family above is backlit, and I love the halo of light around their heads that the sun creates. Here’s another back-lit shot I love:

3. Make a list of shots you might want to get. Think of composition before you get there. There’s always room for spontaneity, but a little planning can really help if you experience brain-freeze under pressure. That said, once the photo shoot started I didn’t even get a chance to look at my list. When young ones are involved, time is at a premium–they have a very small reserve of patience that quickly runs out. However, going through the mental exercise of making the list did help me remember what I was looking for.

4. Wear clothing that you can get dirty–to get good shots you may find yourself lying on the ground, climbing a tree, or jumping out of a moving train. You’ve got to be prepared for anything. I returned from this shoot covered in lake water, sand and sweat. I took a number of shots from the lake–I got into the water so that I could shoot the girls backlit on the shoreline. Then I lay down in the sand, which promptly stuck to my wet skin. This created a very dirty bathtub later on, but it was worth it! Plus, inspired by the wreck that is our bathtub drain, I am now searching for a foolproof way to clean the drains which I will share with you upon discovery. So far the vinegar/baking soda combo (the “old faithful”) ain’t doin’ what it promised and that’s all I have to say ’bout that.

5. Give clear directions to the people you’re shooting. Nothing is worse than confused people feeling awkward in front of the camera and trying to figure out what to do with their limbs (I know because I am one of those people with the confused limbs). This wasn’t the case with my pastor’s family, who looked like they had just walked out of a Gap commercial, but the principle still applies. Tell them what to do! If you’re in charge and giving clear direction, they will actually feel more free. Kind of like with God. Knowing we’re within his sovereignty makes us free. Any Christians out there who want to give a resounding “amen”? Or non-Christians who would like to un-amen the amen? I love you all. OK, moving on.

6. Get a mix of staged shots and spontaneous shots. All are directed by you, but it’s the difference between arranging them carefully and saying “smile”, and saying “walk down the beach together in this direction holding hands.” The first will result in a calm, regular family portrait. The second will look a lot more natural, but you may have to take more shots to achieve it.

7. Have plenty of room on your memory card! Bring an extra just in case.

9. Take a LOT of pictures–I set my camera to continuous shooting so that when I hold down the shutter release, it just keeps poppin’. This helps ensure that I won’t miss the nanosecond when the little one smiles in just the right way. Being able to take myriads of pictures without changing rolls every two seconds is part of the magic of the digital age, so take advantage of it. Especially when small children are involved who may not have as much mastery of their facial expressions, it could take 20 shots to get a couple good ones:

10. Process, process, process! I downloaded some great (free!) Photoshop actions from the Pioneer Woman that I highly recommend. Especially her black and white actions. Mmmmm. That said, I do encourage processing without actions–they can become a crutch, and it’s fun to learn how to get the effect you want on your own.

Remember, you don’t have to be a professional to do photo shoots with loved ones. I’m certainly not a professional! But if you’re really interested in photography, doing a photo shoot is a great learning experience. Jump in! As long as you’re not charging the subjects something I like to call “cold hard cash”, they can’t lock you up in a maximum security prison based on the bad results–at least that’s how I reassure myself. Plus, this was my pastor’s family, so I’m definitely not afraid of a legal battle over the low proportion of keepers.

Tomorrow I am going to post an ample selection of pictures from the photo shoot, and I am counting on you to weigh in and let me know which are your favorites so that I can better direct my future efforts. In the meantime, I am hard at work on “The Wedding, Part 2” since my self-imposed deadline on that is Friday. Have a great day everyone!

This entry was posted in Photography and tagged kids, photo shoot, photography, Photoshop. Bookmark the permalink.

5 Responses to 10 tips for a successful photo shoot