To Erica and Dave: a friendly suggestion a command from heaven

My sister Erica and her fiancé Dave go to the chapel on July 24th. They’ve been engaged since the end of May, so it’s all a flurry of planning that would never have hopes of coalescing into an actual ceremony were it not for this woman:

Mom. All together now, one-two-three: Thank you Mom!!

I’m contributing a lot to the wedding as well. Or rather, I’m contributing some. OK—I’m going to do the slide show. And that’s something, right? An essential component, I would say. Oh, and I went shopping for a bridesmaid dress. For myself. So that’s two ways that I’ve helped. Yep, I’ve always been a team player (Erica, you can thank me later).

Heidi and Mike (as we have already covered) are electing to procreate immediately, which is a wise choice due to their unbelievable cuteness when they themselves were small ones. So I thought I would encourage ye ole soon-to-be-married couple by showing them pictures of their own extreme cuteness in the hopes that they will respond with “Wow we were cute—gosh honey, it really makes you think—you know what, our duty has become clear to me: let’s have a baby! Golly dang whillikers, let’s have 5! Let’s have a whole football team of ‘em!!!!” Because if there’s one thing that I know about Dave, it’s that he needs a football-team-sized posse of children. Dave? Dave? Are you listening? This is the voice of reason speaking. Don’t ask—just reproduce. It’s your moral duty to this good earth that we all share.

Now whether Erica or Dave will actually use the phrase “golly dang whillikers” is currently up for debate, but let’s not stray from the spirit of the thing, which is: I have aunt-hood needs. My collection of nieces and nephews must be ever-expanding. Stack them to the heavens!

I’m starting a petition, and when we reach 10,000 signatures I think we can legally bind Erica and Dave into releasing their progeny into the world with no delays. Who’s with me? Anyone want to sign? Anyone? Hello?

Will you sign if I show you these Very Persuasive Pictures? 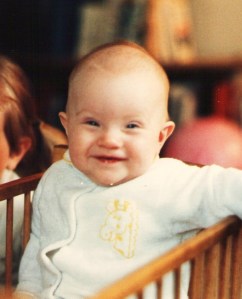 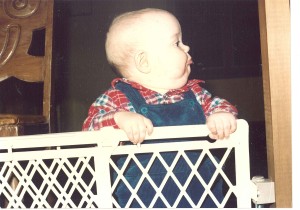 Not only do we need to get this petition thing on the road, but I call on the ranks of the extended family to brainwash these two into a baby-induced haze. In fact, forsooth, I call for a secret meeting during the rehearsal dinner to discuss our hypnotizing schemes and subliminal messaging techniques—we’ve got to come up with something brilliant. Because if this doesn’t work … well, we’ll have to revert to Plan B. Which is “peer pressure”. And that means that Heidi and I have to outnumber Erica. Heidi being pregnant already, you put 2 and 2 together …

Please, extended family. Use your persuasive magic! Don’t let Plan A fail! Don’t send me spiraling into baby time just yet! I need a little longer … just a little longer … though they are kinda cute, eh? With their little chubby knees and their doughy/poofy cheeks and their wrinkly little buns? I could name them Pinkity, Dinkity, Cornelius and Scrubbity-Dubbitty. Mmmmmm … (alert, alert: have unwittingly brainwashed/hypnotized self) 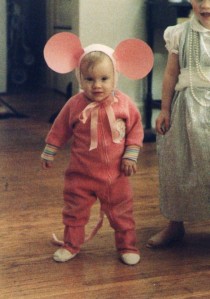